The revised early learning and development standards feature one notable change from Rhode Island’s 2003 standards: The Standards now embed play as an important aspect of learning throughout the document. As such, play is not treated as a specific standard to be met but as the primary means by which children demonstrate early learning accomplishments. It is through play that children learn the skills, knowledge, and dispositions that help support their success in later schooling.

This philosophy is emphasized throughout the document. The images selected for each Domain were carefully chosen to further communicate the importance of play as it is woven through the Domains. Play can be seen more specifically in each of the Indicators. 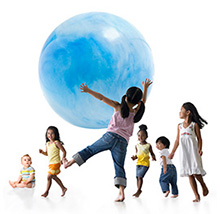