The first version of The Rhode Early Learning Standards were written in 2003.

The Standards provided guidance for families and teachers on what children should know and be able to do by the time they entered kindergarten. Following this, the first version of the Fun Family Activity Cards were developed in 2004, with the support of parents and early childhood teachers and experts. The original version of the cards included activities for children three to five and were designed to give parents information and enjoyable ways to support the development and learning of their young child at home and in their local community.

Then, in 2011, Rhode Island received a national Race to the Top Early Learning Challenge grant. This award gave the state the chance to revise its Early Learning Standards. The RI Department of Education and the Executive Office of Health and Human Services worked together with national experts and RI’s early childhood community to develop a new set of high-quality early learning and development Standards and Fun Family Activities. The new Rhode Island Early Learning and Development Standards and Fun Family Activity Cards were developed and published in 2013. The revised materials were expanded to include children birth through sixty months. 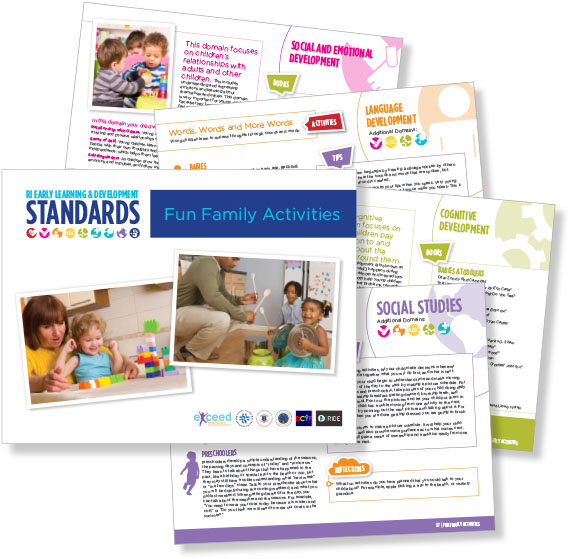